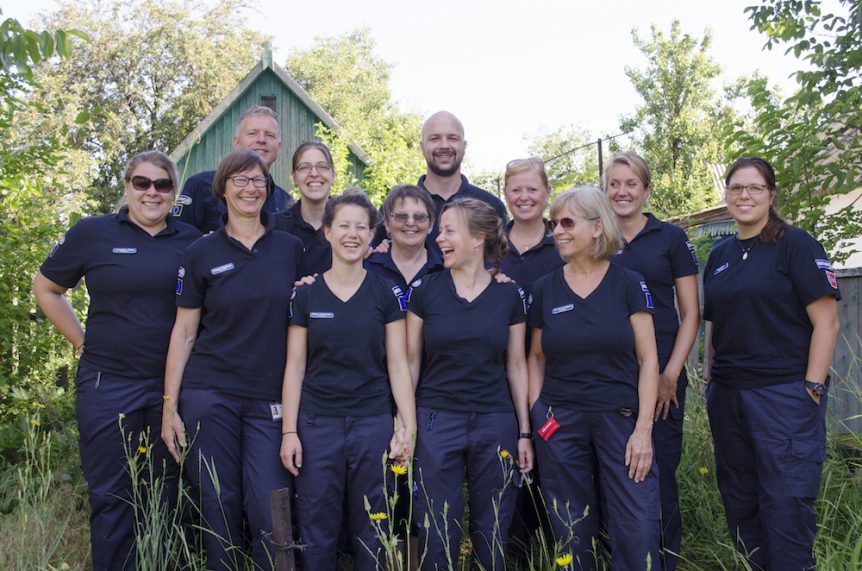 Our first impression of Eastern Ukraine was that it is very rural, with acres and acres of fields of sunflowers and wheat as far as the eye can see. There were birds singing, flowers growing and in the distance, the sound of gunfire and bombs!!! It was very strange to be in such a peaceful countryside and yet in a war zone. 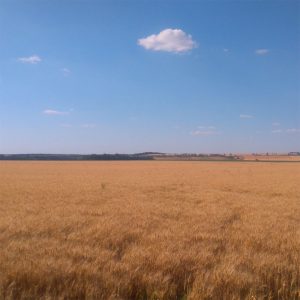 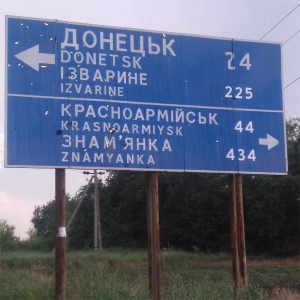 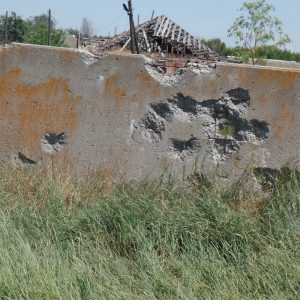 We were working with an organization called: ‘Peace for your home’. Dimitri who leads this, was a wonderful man of faith and an excellent host. We often travelled to within 4 to 5 km from the war zone to minister in different villages. Many people had left, so those who remained were mostly elderly people, often traumatized and left alone.

Most days we set up medical clinics which were in a variety of settings, including a bus stop!! The tarps we brought came in very handy!! The people we saw had many long -term health problems and the joy of seeing us often turned to tears when they shared their stories. Many had lost their homes and communication with their families. This was often because their families were still living in Donetsk, and had no papers allowing them to leave. We also did medical home visits to those who were unable to come to the clinic, where we saw many frail, sick elderly people. In total, we treated 155 people over the 9 days of ministry. 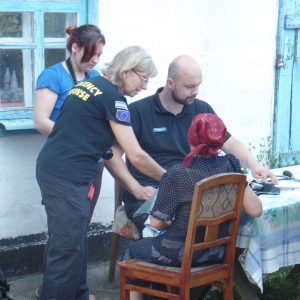 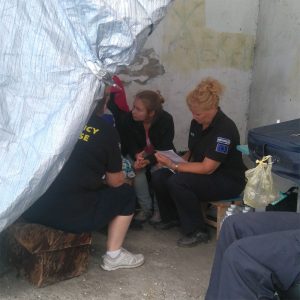 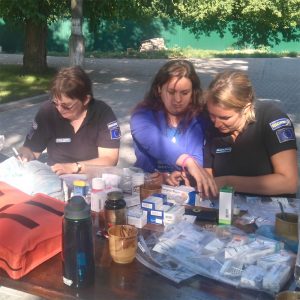 We provided and gave 840 loaves of bread to people, as well as 30 food packages. This was such a privilege because Dimitri knew people who were really in need and it was all built on relationships. We talked, laughed, cried and prayed together with the people as we gave out the bread and food packages. It was good to see that the local people did not take more bread than they needed.

In one of the home visits we met an widow who lives close to the active fighting lines in an old house with a leaking roof. As a team, we could buy materials and three of our team were able to renew the roof in one day. She was very thankful and amazed a team from Europe had come to help her.

We provided a children’s ministry, but because there were so few children, we only did this in one area. In another village, we had the opportunity for one of our team to provide Psychological First Aid teaching to the residents who had all suffered some sort of trauma resulting from the war. It was so good to see them engage with the teaching and laugh together. 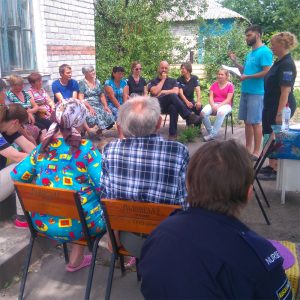 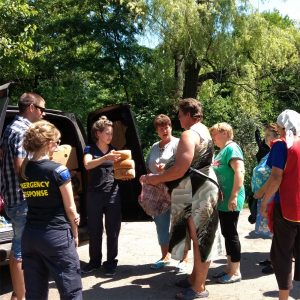 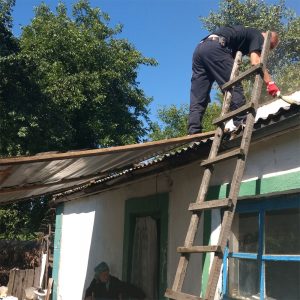 It was a privilege to be part of this ongoing ministry in Eastern Ukraine and work with local churches, who have provided 90 % of the care to the forgotten village people. We learned what it was like to be in a war-zone, for example to be careful where we walked to avoid landmines and to not use seatbelts in vehicles to allow for a quick escape if there was shooting.

God was very gracious to us and we all had a great outreach and could tell many more stories. Thank you so much for your prayers. We really felt the value of them and the Lord has kept us safe and used us in different ways.